Elections are big business for advertising – more than $14 billion USD was spent on the 2020 election alone. You and your sales team have been a resource for your advertisers to put out their messaging on-air for decades. It’s time to leverage this relationship to capitalize on the growing trend of digital advertising that is commanding a larger share of your client’s advertising budgets.  As candidates and political parties compete for attention, digital marketing has become the dominant way to target potential voters.

Each platform handles political advertising differently, with some being highly restrictive compared to others. Regardless of the platforms rules surrounding political and special issues advertising, ALL advertising must abide by your own local state, provincial, or national advertising restrictions. 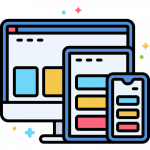 Compared to other digital media, Demand Side Platforms (DPSs) have taken a largely hands-off approach when it comes to political advertising on their networks. Some, like Google’s DV360, require campaigns to go through a validation process that could take several days (and often more than one attempt to complete!).  Others just require the basic disclosure on the ad placement itself.

As with most digital marketing, display advertising continues to be a consistent go-to for most political campaigns.  Targeting can be done using location, gender, age, and in some cases political interest.  Retargeting voters who have visited the candidate’s website is a great way to continue to reinforce your message right up until election day. 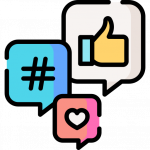 All advertising, regardless of it’s political nature, is also archived through the Facebook/Meta Ad Library with all relevant disclosures. 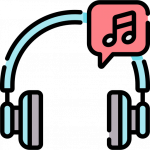 Spotify took an aggressive stand in 2020 and completed banned all political advertising for a period of time. Since then, they have created a verification system to ensure all political advertising is reviewed and approved prior to going live. Their restrictions include only allowing advertising from known political entities – essentially only major political parties and their candidates. Advertisements for organizations promoting a specific social issue are not allowed.

Other programmatic audio networks are less restrictive, although the content of the commercial must contain the usual disclosures you hear on a typical political advertisement you’d here on radio. 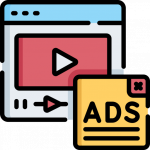 Television has historically been a “go-to” for candidates advertising during election season. As people continue to cut the cord and shift their viewing to a digital platform, so has the advertising dollars shifted. And similar to other platforms, there are many obstacles that can create confusion and frustration when trying to run a political video advertisement.

Political advertising is big business in 2022, but can be a headache for radio marketing professionals who are looking to help their clients reach potential voters by navigating the individual rules for each platform. The earlier you start prospecting this category, the more time you will have to overcome each obstacle and the better each campaign will perform!

If you have any questions regarding political adverting, send us an email at reach@socastdigital.com.